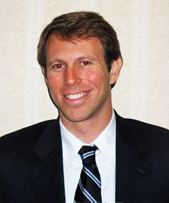 Mr. Shapiro worked as a prosecutor and trial lawyer for the Office of the Attorney General for the District of Columbia in Washington, D.C. from 2007-2009. Mr. Shapiro was trained by the U.S. Attorney’s Office and prosecuted a number of criminal cases that implicated the First Amendment since his assignment was to handle all cases related to unlawful protestors arrested at the US Supreme Court, US Capitol and the White House. He has prosecuted and convicted as many as 31 co-defendants in one trial as well as an assailant who attacked former US Secretary of State Condoleezza Rice in the US Capitol during a foreign relations hearing. He also advised the Washington, D.C. Metro Police about First Amendment law during an event in which 200 hostile anarchists marched upon Georgetown with plans to commit acts of violence.

Mr. Shapiro is the author of “Kobe Bryant: The Game of His Life,” the only book ever published on the Bryant criminal case as well as “The Essential Rules for Bar Exam Success,” an academic guide for law students. He has also written political columns for numerous publications throughout the United States including the Baltimore Sun, Denver Post, Fox News Forum, Los Angeles Times, Rocky Mountain News, San Francisco Examiner, Wall Street Journal and Washington Times.